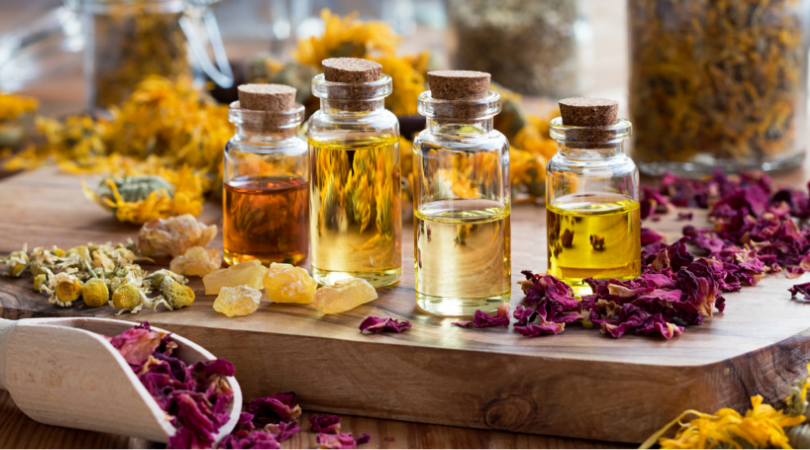 You might think that massage therapy is a modern trend that natural healing practitioners are pushing. That’s partially true. The medical benefits of massage therapy are certainly being touted these days, but it’s not new. Massage therapy is part of a traditional holistic system of healing methods that began about 5,000 years ago.

The origin of massage therapy and ancient methods

The history of massage therapy dates back to 3000 BCE (or earlier) in India, where it was considered a sacred system of natural healing. Used by Hindus in Ayurveda “life health” medicine, massage therapy was a practice passed down through generations to heal injuries, relieve pain, and prevent and cure illnesses. Promoters of Ayurveda believe that illness and disease are caused when people are out of sync with the environment. Massage is believed to restore the body’s natural and physical balance so that it can heal naturally.

As culture and history evolved, the healing methods of massage traveled to China and Southeast Asia about 2700 BCE. Chinese massage methods developed as a combination of skills and practices of traditional Chinese medicine, martial arts and the spiritual yoga training of Buddhists and Taoists. Their methods were very similar to those of the Indians, based on the belief that disease was caused by an imbalance or deficiency of energy of various pathways. The ancient Chinese developed a text called The Yellow Emperor’s Classic Book of Internal Medicine that is today considered a staple of massage therapy alternative medicine (acupuncture, acupressure and herbal remedies).

By 2500 BCE, massage therapy had made its way to Egypt, where it was depicted in tomb paintings. The Egyptians added their own bodywork techniques and are credited with developing reflexology, which involves applying pressure to specific points or zones on the feet and hands to effect healing.

Later, monks studying Buddhism in China brought massage therapy to Japan in 1000 BCE and put their own twist on it, calling it “anma,” later known as Shiatsu. This technique is designed to regulate and strengthen organs by rebalancing energy levels through the stimulation of pressure points in hopes of bringing natural resistance to illness.

Massage therapy in Ancient Greece and the Roman Empire

The Egyptians influenced the Greeks and Romans who used massage therapy in different ways. In Greece, between 800 and 700 BCE, athletes used massage to condition their bodies before competitions, and doctors often applied herbs and oils in combination with massage to treat various medical conditions. Hippocrates, the “father of medicine,” treated physical injuries in the 5th Century BCE with friction, a massage technique, and was the first to prescribe a combination of massage, proper diet, exercise, fresh air and music to restore health imbalance – a remedy we hear of even today.

Roman physician Galen, in the 1st Century BCE, used massage therapy on emperors, echoing Hippocrates’ ideas of treating injuries and illnesses. The wealthy Romans would have massages in their homes, but the general public would flock to the Roman baths for  “spa” treatments and full-body massages, to stimulate circulation and loosen their joints.

The popularity of massage therapy declined in the West until the 17th Century, when new discoveries in pharmacology and medical technology changed modern medicine. However, many doctors could see the health benefits of massage.

A Swedish doctor brought massage therapy out of retirement

In the early 1800s, Swedish doctor/gymnast/teacher Per Henrik Ling created a method that became known as the Swedish Movement Cure to help relieve chronic pain. As much medical gymnastics as massage therapy, it was the precursor to what we now know as Swedish massage – a style that involves stroking, pressing, squeezing and striking.

Whereas Ling’s method used massage in his movements, 19th-Century Dutchman Johan George Mezger is credited with incorporating techniques that are used today:

As early as the 1700s, “rubbers” (women hired by surgeons to treat orthopedic problems with manual rubbing and friction) were the massage practitioners of the day. By the 1850s, however, “medical gymnasts” used movement and manipulation, as developed by Ling, to do the same thing. Their comprehensive training included anatomy, physiology, hygiene, pathology and movement perceptions that they practiced in hospitals and clinics.

By the late 1800s, the names “masseur” and “masseuse” became popular. These practitioners were trained in soft tissue manipulation à la Mezger. Hydrotherapy was used in conjunction with massage at this time and could be considered the origin of today’s spa services, like body wraps and scrubs.

Curiously, the full-body massage became part of the “rest cure” for the melancholy known as neurasthenia that was popular among society ladies who lived the wealthy life of the late 1800s.

Massage therapy in the 20th and 21st Centuries

The demand for masseurs and masseuses increased in the early 1900s. By the 1930s, Swedish massage had evolved, and the physiotherapists who used it in regular medicine helped massage therapy to become a legitimate and respectable form of medicine.

Once physical therapy was licensed in the 1950s, massage therapy had its own category. The American Massage Therapy Association (AMTA) was established and laid the groundwork for today’s massage practitioners by establishing ethics and education standards.

Between 1970 and 2000, massage therapy experienced a transformation, as people chose to live  healthier lifestyles and preferred  more holistic approaches to health care, pain management and restoring and maintaining  healthy bodies. Today, many realize that “massage is good medicine.”

How to become a massage therapist

Florida Academy in Fort Myers, Florida, offers hands-on massage therapy programs that can launch your career in as few as 30 weeks. When you conclude your training and earn your license, you will be qualified for a massage therapist position in a clinic, chiropractic office, spa, hotel, fitness center, sports medicine facility, cancer treatment location or more.